Search for an item:

Cathe Downloads › Blog › How to Lower Your Cholesterol

How to Lower Your Cholesterol 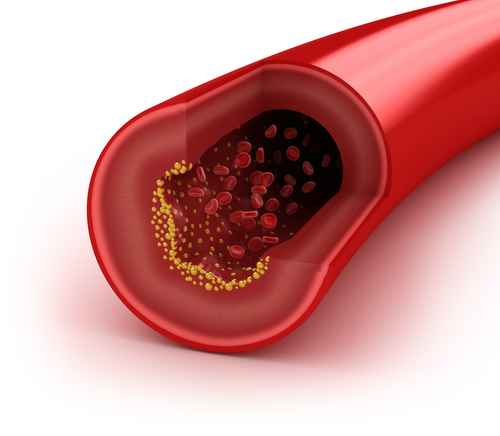 According to the American Heart Association, heart disease accounts for an estimated one out of every three deaths in the United States, establishing it as a pertinent public health concern. That being said, having high levels of blood cholesterol, namely LDL cholesterol, is known to be a risk factor for cardiovascular disease, as indicated by D.G. Karalis, author of an April 2009 study published in Mayo Clinic Proceedings.

Fortunately, even a moderate decrease in LDL cholesterol is beneficial, as lowering levels by as little as ten percent cuts the risk of heart disease by one fifth, according to work cited by Frankie Phillips in a July 2010 edition of Practice Nurse. Making the following lifestyle changes can contribute to lowered LDL cholesterol levels, thereby protecting individuals from coronary heart disease.

Consuming adequate amounts of soluble dietary fiber may contribute to lowered cholesterol levels. Phillips indicated that soluble fiber inhibits the absorption of fat in the stomach, lowering cholesterol by 3 to 5 percent in individuals who consume 5-10 grams of the substance daily.

A study conducted by researchers for a 2009 edition of the Annals of Family Medicine confirmed this assertion, finding that those who consumed soluble fiber reduced their LDL cholesterol levels by statistically significant amounts. Noteworthy is the fact that such reductions in cholesterol levels were seen regardless of whether participants also consumed a diet low in fat.

To incorporate adequate amounts of soluble fiber in their diets, patients should consume oats and barley, in addition to fruits and vegetables.

In addition to fiber consumption, aerobic exercise may also safeguard against high LDL cholesterol levels, as it has been shown to raise levels of the salubrious HDL cholesterol, which provides a protective effect against heart disease. HDL cholesterol is efficacious in the sense that it prevents cholesterol in the cells from flowing into the blood, as referenced by Patrick Linsel-Nitschke and Alan Tall, authors of a March 2005 study published in Nature Reviews Drug Discovery.

A September 2005 study published in the New England Journal of Medicine provided additional substantiation regarding the ability of physical activity to increase HDL cholesterol levels, as authors M.D. Ashen and R.S. Blumenthal commented that regularly completing aerobic exercise results in HDL cholesterol level increases of 3 to 9 percent. The authors noted that weight loss may be necessary for exercise to have an effect on HDL cholesterol levels, and they recommended that individuals exercise briskly for 30 minutes on most days of the week to reap the benefits.

The Role of Saturated and Trans Fats in LDL Cholesterol Levels

Research indicates that both saturated fat and trans fat lead to an elevation in levels of LDL cholesterol. According to A.E. Griel and P.M. Kris-Etherton, authors of a May 2006 study published in Nutrition Reviews, “it is well established that dietary saturated fatty acids raise total low-density lipoprotein cholesterol levels “(p. 257).

Trans fats are even more lethal than saturated fats, as indicated by Evangeline Yvonne Samples, author of a 2010 research piece published in American Fitness. Not only do they raise levels of LDL cholesterol; they also lower HDL cholesterol and elevate a person’s risk of sudden death.

Clearly, both types of fats should be evaded to lower LDL cholesterol levels; however, it must be noted that saturated fat may not be as damaging as once believed, as it also augments levels of HDL cholesterol, according to Griel and Kris-Etherton.

Saturated fats are found in high amounts in full-fat dairy products, such as milk and cheese. Trans fats naturally exist in animal products, including meat, but prepackaged cookies and snacks contain more significant amounts of the offender. Eliminating such foods from the diet, especially those containing trans fat, can have a positive impact on blood lipid profiles.

In combination with a healthy diet and a regular exercise routine, it seems that levels of injurious, artery-clogging LDL cholesterol can be lowered. Making the lifestyle changes required to maintain cardiovascular wellbeing may require significant effort, but the payoff is obvious. After all, failing to make lifestyle changes could prove to be deadly.